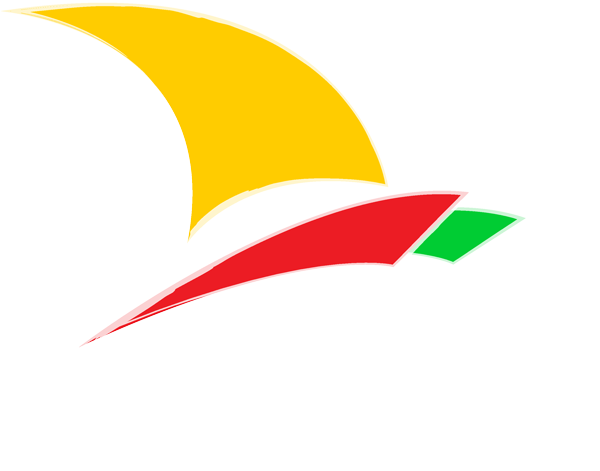 Call us any time for booking or general enquiries 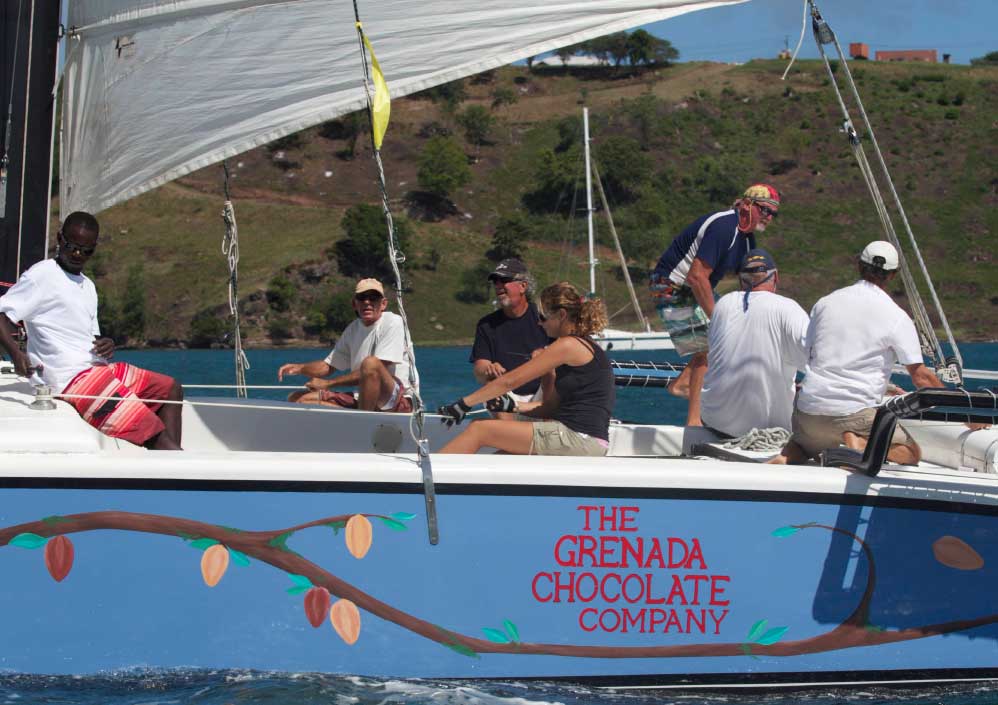 “It's been my dream for years to deliver chocolate sustainably from island to island on a sailboat.”

-- Mott Green, the anarchist chocolate maker, revealing his ideas for the future in the fascinating chocolate documentary Nothing like Chocolate. 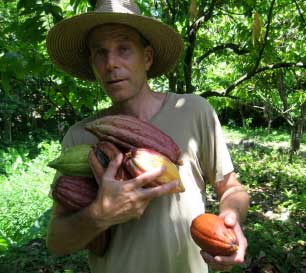 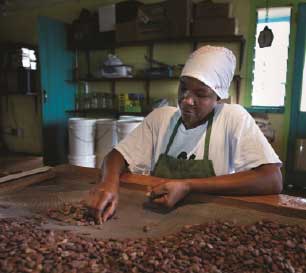 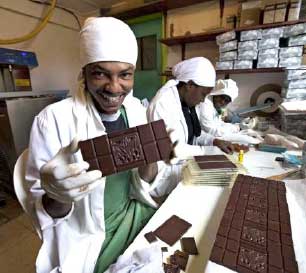 In 1999, Mott Green along with friends Doug and Edmond founded the Grenada Chocolate Company. Aware of the global dominance of huge international confectionary manufacturers exploiting the growers and the underdeveloped societies where cocoa grows, he was determined to address human rights issues by bringing the value added component to the land where the cocoa grows. In Grenada, famed for its high quality Trinitario beans, his slogan was “TREE-TO-BAR.”

A phrase as unique and insightful of the iniquities and hypocrisy of the global chocolate industry as his ideas to change it.

Mott Green set out to by dealing directly with small growers producing ‘Certified organic’ beans and by keeping the processing and packaging of chocolate within Grenada. Forming a co-operative of small cocoa farms and employing as many as 50 people during peak operations, Mott organized the harvesting, dried the cocoa beans in the sun; built, maintained and solar powered the machinery to make chocolate; packaged the chocolate and sold this unique product to an international network of distributors. In the process, he has created the only organic fair trade chocolate-making company in a cocoa-growing island state.

In keeping with his low-carbon, ecologically friendly ethos, Mott shipped the finished product trans-Atlantic by sailing ship, the lovely old brigantine Tres Hombres, and even enlisted volunteer cyclists in the Netherlands for final fuel free distribution.

In 2011, the company received recognition from the State Department for its “contribution to the sustainable growth of rural economies by establishing Grenadian products in international markets; pioneering agro tourism; outstanding environmental conservation efforts; and promotion of organic farming.” In 2008, 2011 and 2013, the Academy of Chocolate in London awarded silver medals to Grenada Chocolate company’s delectable dark chocolate bars.

Alas commercial pressures and the high costs of operating a sailing ship from a bygone age finally defeated Mott’s dream of regular trans-Atlantic delivery under sail. Determined at least to distribute his chocolate under sail locally, Mott would deliver chocolate on his 4 meter ‘Hobie Cat’, until a chance meeting with Chris Long of Grenada Multihulls, the designer, builder and operator of the acclaimed Rush 10 meter Catamaran newly arrived in Grenada, provided the solution for Caribbean eco transport.

Through a shared ideology and love of sailing and the sea, a joint venture company was formed: Chocolate Rush Transport Limited, and a Rush 10 was converted to carry one ton of solar powered refrigerated chocolate entirely under sail in the demanding Caribbean seas.

Tragically Mott died before realizing his dream. However, such was the impact of this amazing chocolate pioneer, Chris Long has ‘taken up the baton’ of his dedication to carbon neutral transport to fulfill the role of future eco-friendly chocolate delivery on behalf of Grenada Chocolate Company. Just as Mott envisaged.

The Chocolate Rush ‘Theobroma’ is sailing regularly in Grenadian waters today in permanent homage to the spirit and ethos of a unique individual friend and business partner--Mott Green (David Friedman). 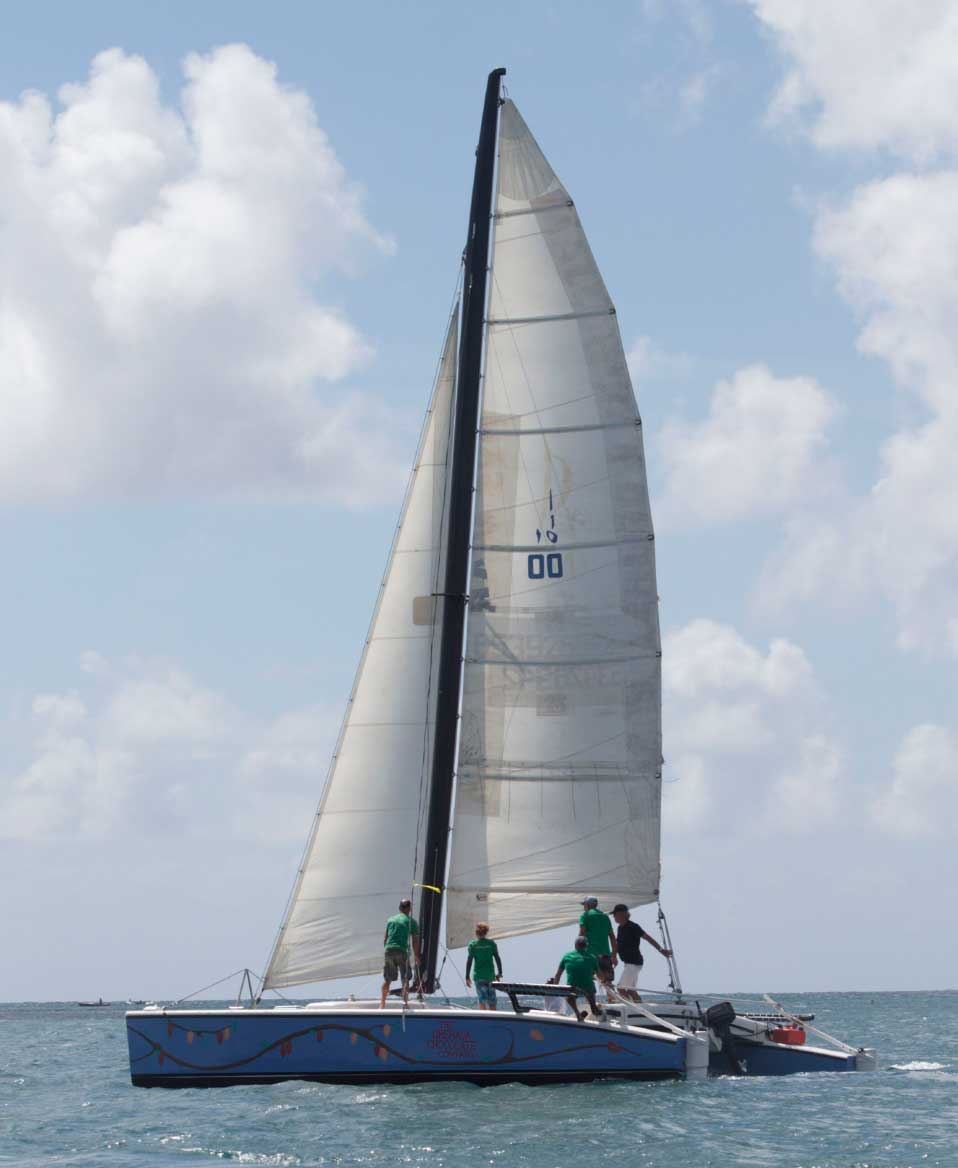 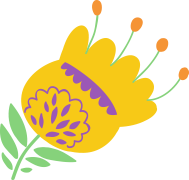 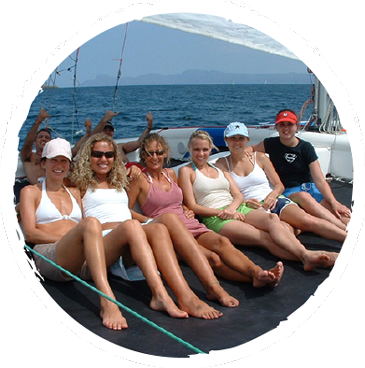 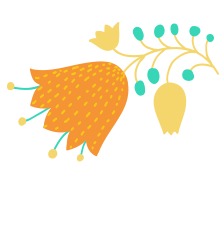 © Fast Fun Sailing Grenada is part of Grenada Multihulls Inc. All rights reserved.
Our base is in the Carenage in the historic port of St George’s, Grenada. We organise scheduled and private trips on our 2 Rush 10 Catamarans.
Our Rush 10’s are also part of a fleet that provides eco-friendly  transport of award-winning organic chocolate for the Grenada Chocolate Company to the Caribbean islands and beyond.

Site design and build by Mayne Design.   www.maynedesign.co.uk     BACK TO TOP

home
OUR TRIPS
GRENADA MULTIHULLS
GALLERY
RUSH CHOCOLATE
ABOUT US